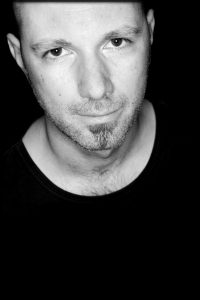 Stefan De Reese started his career as a sound engineer in 1993 with the production Ga.n by composer Frank Nuyts. After that, he was a permanent member of the Musical Department of the “Royal Ballet of Flanders” until 2004. He was responsible for the sound of all musical productions in that period (“The Sound of Music”, “Chess”, “Sacco & Vanzetti”, “Jekyll & Hyde”, “Company”, “The King & I”, “Jubilee 15”, “The Hired Man”, “A Little Night Music”). He was also called in as sound designer for the following shows: “Lets’ do it” Portrait of a lost spring”, “The Party’s over”, “She Loves Me” and “The Party’s over”. She Loves Me” and “Merrily We Roll Along”.

Since 1997 he has also been active as a freelance sound engineer.
He also works at festivals such as Rock Werchter, Pukkelpop, Antillean parties, … . He was also Gene Thomas’ regular sound engineer from 2009 to 2018.

Despite his activities in a wide variety of genres, Stefan is mainly involved in music theatre productions. After the period at the KbvB he toured with “de Frivole framboos” in Flanders , France and Switzerland and signed on for the sound design of the show “Con Voce Soave” which premiered in 2005.

Since 2007, Stefan De Reese teaches audio in the “Stage Techniques” course (Technische Scholen Mechelen) and since 2016 also at the RITCS (Royal Institute for Theatre, Cinema & Sound).