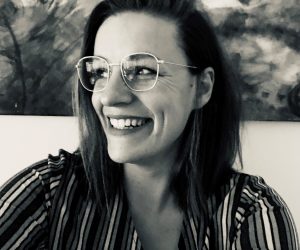 Mira Delbaen studied at the Brussels Conservatoire where she graduated in 2007 in dramatic art.

After her training, she enjoyed the variety of projects in which she participated. She started out as Minoes in the production of the same name, which was followed by ‘De kriegelmusical’, ‘Pluk van de petteflet’, ‘De Heksen’ and ‘Jaak en de bonenstaak’. She also performed in ‘Piet Pirate en het Geheim van de Verzonken Stad’ and ‘Fraulein Julie’ an adaptation of Freule Julie by Tijl Dauwe.

She toured through Flanders and the Netherlands as “Momone” in Piaf the musical and played ‘Marie Duplessis’ in the quirky musical ‘Songs for the fallen’. She also starred in ‘Assisen – De webcammoord’ and recently in the digital versions ‘Assisen – De badkuipmoord’, ‘Assisen – De kerstmoord’ and ‘ Assisen – De revengemoord’. On television, Mira played in ‘Spoed’, ‘De kotmadam’ and ‘Zone stad’ and she lent her voice to the animated films ‘Rango’ and ‘Kung Fu Panda

Two years ago, she premiered her own show ‘Gender! Or the legend(r) of the trousers secret’, an intimate, autobiographical and poetic performance, which tells the story of Samantha and her gender identity. This was followed by another performance on assertiveness and manipulation called ‘Doedadis’.

As soon as she graduated, Mira started working part-time in education.
She started as a word teacher in the DKO and in 2017 she became a guest teacher in the musical department of the Royal Conservatoire of Brussels (KCB) and as a game teacher in the arts humanities college – Antwerp.